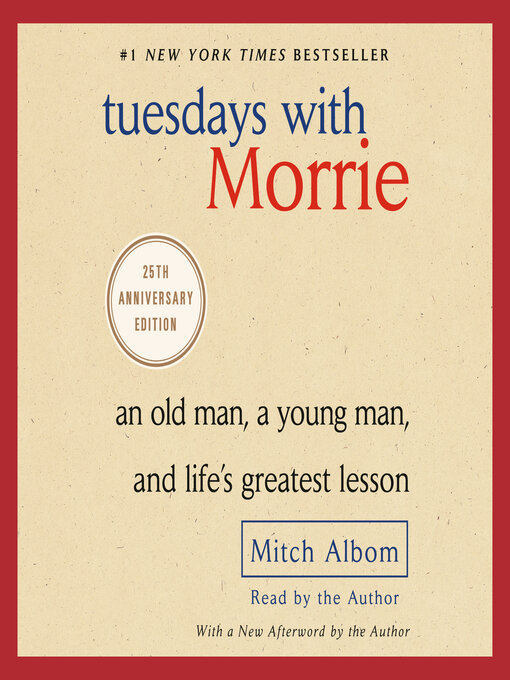 Maybe it was a grandparent, or a teacher, or a colleague.  Someone older, patient and wise, who understood you when you were young and searching, helped you see the world as a more profound...

Maybe it was a grandparent, or a teacher, or a colleague.  Someone older, patient and wise, who understood you when you were young and searching, helped you see the world as a more profound... 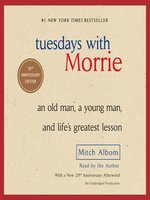 Tuesdays with Morrie
An Old Man, a Young Man, and Life's Greatest Lesson
Mitch Albom
Privacy Policy
Thank you for your recommendation

Tuesdays with Morrie
An Old Man, a Young Man, and Life's Greatest Lesson
Mitch Albom
A portion of your purchase goes to support your digital library.