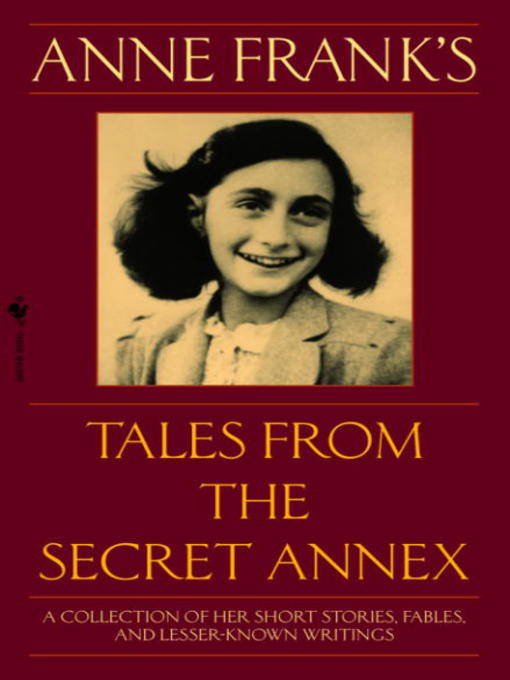 Sample
Anne Frank's Tales from the Secret Annex
A Collection of Her Short Stories, Fables, and Lesser-Known Writings

Hiding from the Nazis in the "Secret Annexe"  of an old office building in Amsterdam, a  thirteen-year-old girl named Anne Frank became a writer.  The now famous...

Hiding from the Nazis in the "Secret Annexe"  of an old office building in Amsterdam, a  thirteen-year-old girl named Anne Frank became a writer.  The now famous... 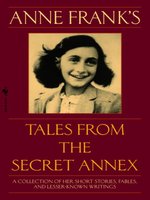 Anne Frank's Tales from the Secret Annex
A Collection of Her Short Stories, Fables, and Lesser-Known Writings
Anne Frank
Privacy Policy
Thank you for your recommendation

Anne Frank's Tales from the Secret Annex
A Collection of Her Short Stories, Fables, and Lesser-Known Writings
Anne Frank

Anne Frank's Tales from the Secret Annex
A Collection of Her Short Stories, Fables, and Lesser-Known Writings
Anne Frank
A portion of your purchase goes to support your digital library.